Yeezy footwear is quite pervasive all over social media, so you’d think it would be pretty easy to get your hands on a pair. Though anyone who’s tried to score a pair of Adidas Boosts on drop day would beg to differ. Kanye West’s first full range of shoes was no different, but the styles were far from cheap or semi-affordable. Still, the Kardashian-Jenners wore them repeatedly (and all over Instagram), so the trend stuck.

Don’t want to casually shell out the three- to four-figure price tags on West’s knit boots? Well, here’s a wild idea: Just make ’em yourself.  The price of the Season 2 knit boots is $895!.  Save your money with one of the best fashion hacks this year. Using materials you likely already have at home, or can easily find for way less than three figures. The technique is simple, follow along in this video: 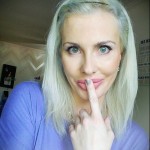